The first is Route F45, which starts from Al Furjan Metro Station and heads to the Discovery Gardens at a 20-minute frequency during peak hours.

The second is Route F56, which starts from the Dubai Internet City Station and heads to Al Khail Metro Station at a frequency of 15 minutes during peak hours, as stated by the Dubai Media Office.

Adel Shakeri, Director of Planning and Business Development at RTA’s Public Transport Agency confirmed that Bus Routes (F45) and (F56) will constitute an addition in the integration with Route 2020 of the Dubai Metro. 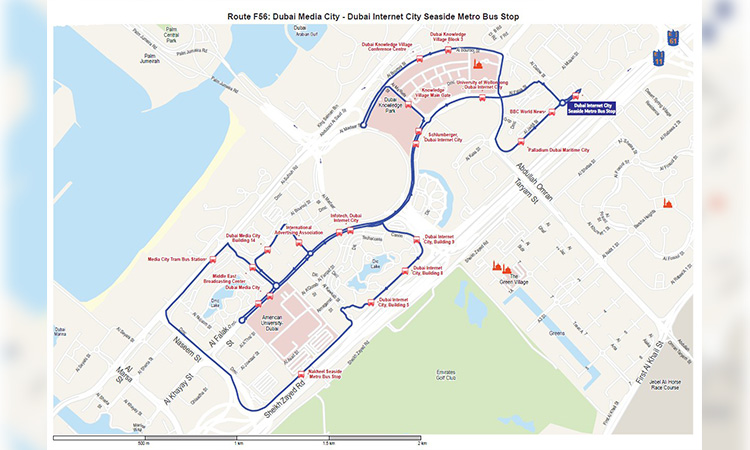 The Public Transport Agency made several changes by revising the transit time of certain bus routes and the rescheduled the service timing of several others.

The Agency conducts, from time to time, field surveys amongst public transport users to seek their views and comments, which can be delivered to the RTA website and smart apps.

The UK has removed the UAE from its travel corridor

Dubai named as the world’s skyscraper king in 2020

Can you feel the UAE?

The UK has removed the UAE from its travel corridor

Dubai named as the world’s skyscraper king in 2020

Can you feel the UAE?