897 Dubai: A Lonely Planet Top City for 2020 235 Don’t ignore UAE’s exhibition industry in any recovery 248 Start your Australian education in Dubai with Murdoch 234 Meditate with Urmila: How to resolve conflicts with others 813 Queen of con dupes airline staff of life’s savings in Dubai 320 Watch Zoe Saldana’s Journey | Visit Dubai 2522 5 great things to do in Dubai this week

Shehab Gargash: The immediate issue for all businesses, in whichever industry they’re in, is survival

Like most globetrotting travellers and businessmen, Shehab Gargash’s office has souvenirs of his trips. But these souvenirs aren’t postcards, fridge magnets or cheap trinkets. Gargash collects boarding passes – hundreds of which are kept in a massive glass display case in his office, atop of which sits a silver and red aircraft wing.

“Oh! I have slipped the surly bonds of earth,” reads a sonnet on the case, written by American poet and pilot John Gillespie Magee Jr, killed flying a Spitfire over England during the Second World War. “And danced the skies on laughter-silvered wings.”

This, I think to myself when I see it, is a man who really loves his travel. His Instagram account proves it.

From India and China to Barcelona, Monaco and the Maldives, Gargash gets around – and that’s just in the last year alone.

But like the rest of us, Covid-19 has put a damper on Gargash’s travel plans. 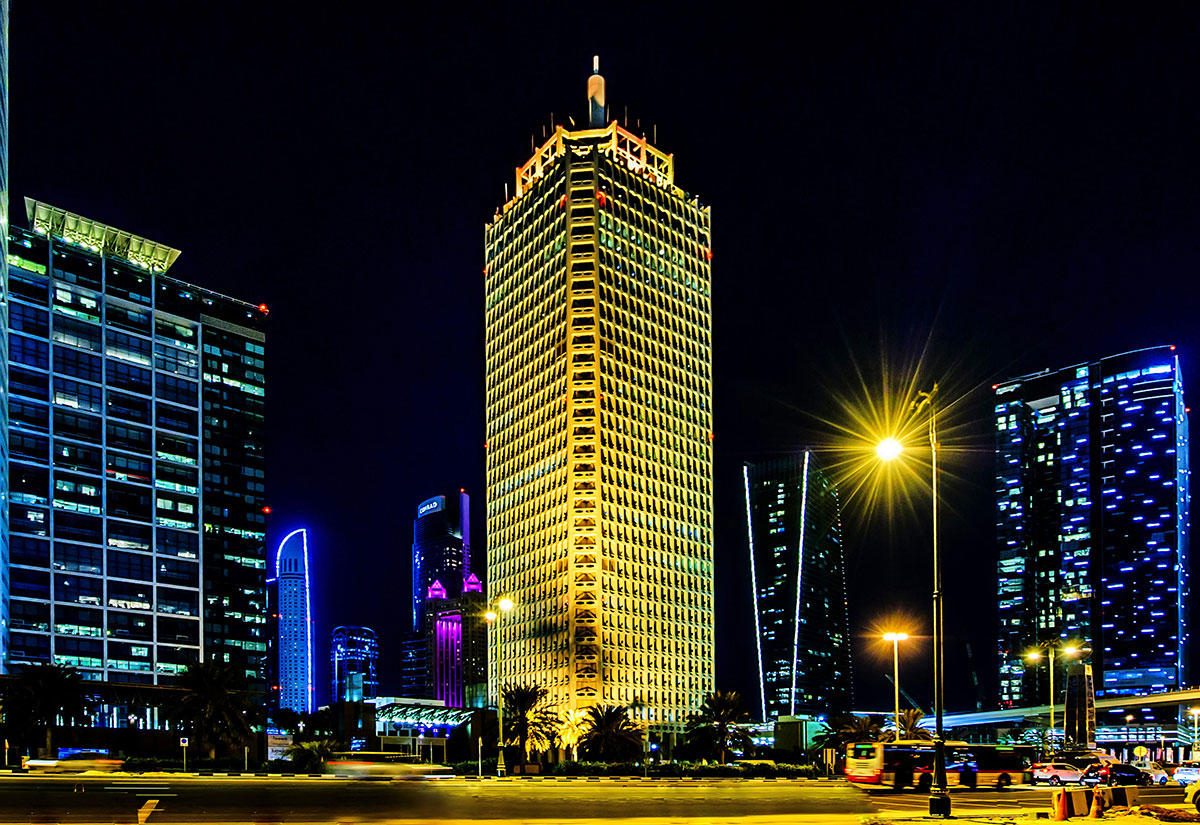 With offices at the Dubai World Trade Centre, Daman Investments is among the region’s leading investment companies

“When will I travel again? That’s a good question,” he tells me, chuckling through the grainy screen of our video teleconference meeting.

“If I’m going on holiday, I want to enjoy it.  So I’m not itching to get back on a plane. I don’t think we’ll be there anytime soon.”

In the current climate, an Instagram-worthy trip is the least of Gargash’s concerns. At the moment, he’s preoccupied with facing the impact of the coronavirus pandemic, both on Gargash Group – of which he is managing director and CEO – and on the wider economies of the UAE and GCC.

Some estimates – such as that of the International Monetary Fund (IMF) – forecast that the GCC economies will collectively record negative real GDP growth in 2020, with the UAE slipping to -3.5 percent from 1.3 percent growth last year.

When it comes to the crisis, Gargash’s warm smile and friendly banter come to a stop. This isn’t a situation he minces words about.

“The immediate issue for all businesses, in whichever industry they’re in, is survival,” he tells me. “I think we are facing worldwide, industry-wide, existential issues that a lot of us have never even dreamed of. It’s all-encompassing and covers all sorts of areas of the economy.”

When it comes to the pandemic-related issues that the UAE’s economy faces, few are in a better position to comment than Gargash. A scion of one of the country’s most prominent Emirati families, Gargash leads the Gargash Group, which has diverse interests including automotive, real estate, hospitality and financial services. He’s also the founding chairman of Daman Investments – not to mention a long-time banking industry and prolific socio-economic commentator. 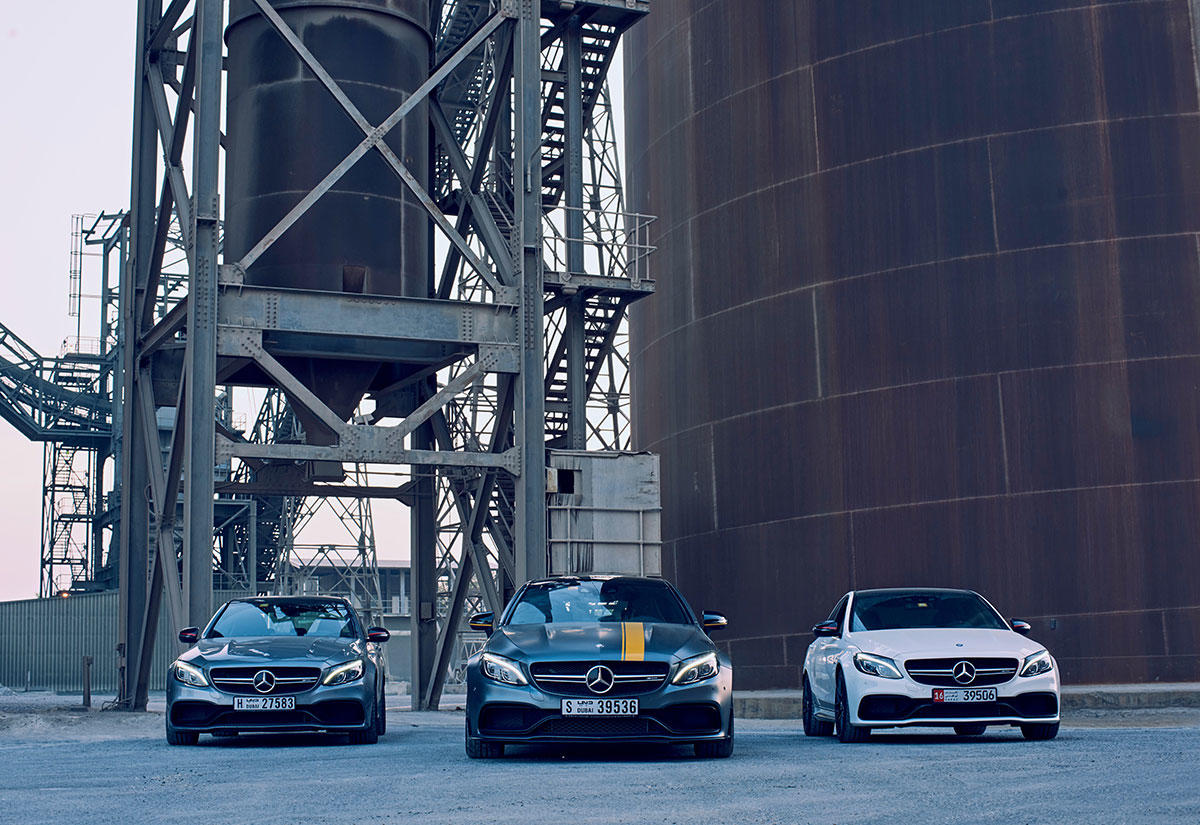 Gargash Enterprises is the authorised distributor for Mercedes-Benz in Dubai, Sharjah and the Northern Emirates

In the short-term, he says with startling matter-of-factness, the forecast is grim. He predicts that many businesses will not last.

“People aren’t looking at their strategies, or their plans. They’re looking at the daily details of expenses, revenue, cash in the bag. The immediate oxygen for the business to live through this,” he says. “Many businesses will not appreciate the impact of what they thought were very small elements, like levels of leverage and borrowing that seemed manageable a few weeks ago. These will deal a fatal blow to a lot of businesses.”

Perhaps more alarmingly, Gargash believes that most businesses are “nowhere near” a stage in which they can even think of what the future holds. What businesses will look like, and how they can adapt to new realities, are still unknowns.

“We haven’t even considered that future yet. A lot of businesses, through no fault of their own in many cases, will not survive simply because they have underappreciated the need to have that safety cushion,” he adds.

According to Gargash, the businesses that do survive the immediate impact of the pandemic over the coming weeks and months will soon have to start thinking of their next moves.

“You can’t afford to be firefighting too long. Over the weeks and months, [companies will] regain their balance. Subsequent to that, strategy kicks back in,” he explains. “Where am I going as a business? What are my priorities? What are new opportunities, and what’s a dying, sunset industry?

“It’s time we ask ourselves these questions as businesses, as they’ll define how we act, post the shock-therapy. Once we do that, our priorities are better defined, and actions put together accordingly,” Gargash adds. “That’s the kind of soul searching that will occupy our minds this year, and possibly into next year.” 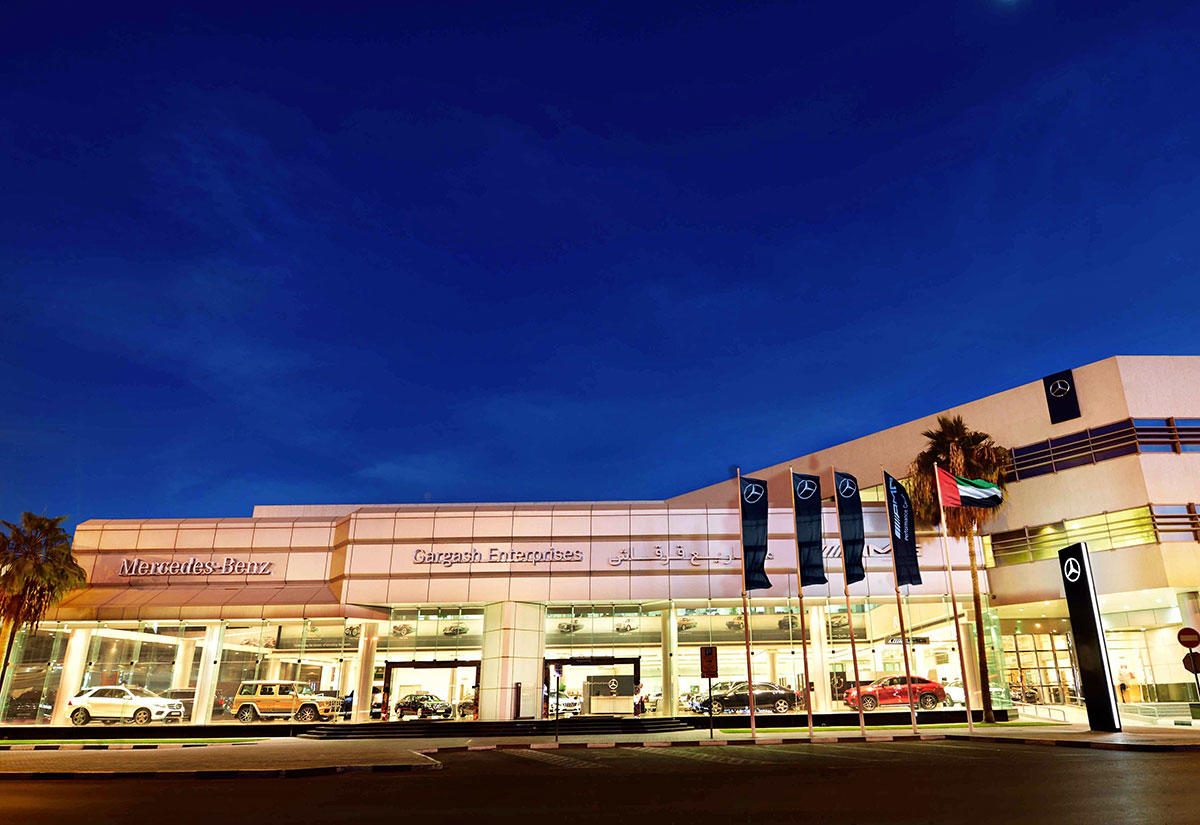 The company has diverse operations in financial investment and real estate

Gargash Group is far larger than most businesses that operate in the country. For the average resident, the company is most readily associated with the automotive sector, being the authorised distributor for Mercedes-Benz in Dubai, Sharjah and the Northern Emirates. It is, however, much more than that, offering a wide range of financial, investment and real estate services in various sectors.

But the company’s size and status did not spare it from the impact of the coronavirus. “We went through shock and panic, and saw revenues tumble to extremely low levels, and like everyone had to grapple with a 24-hour lockdown,” Gargash recalls. “Those were the issues that we dealt with as a group in the early days of the pandemic. Nobody knew how to deal with Covid-19.”

And although Gargash says it is “far too early” for decisions to be made on the company’s future, it has already begun a soul-searching process he advises for companies across the wider economy.

“That’s where we are at right now. Let’s say I have 10 lines of business. Which ones are still valid propositions? The ones that aren’t, do I adjust them? Do I integrate them into something else? Or do I just cut the rope and let them sink?,” he says. “Those kinds of questions are still being tackled.”

While it may be too early to determine what the group’s focus will be going forward and what it may need to be cut loose, Gargash says he isn’t particularly worried. The group’s core businesses – automotive, real estate, and financial services – will form a key part of the post-Covid economy in some form.

In fact, he adds, the shock of the pandemic may end up being a blessing in disguise that forced the company to become “more daring in its implementation.” 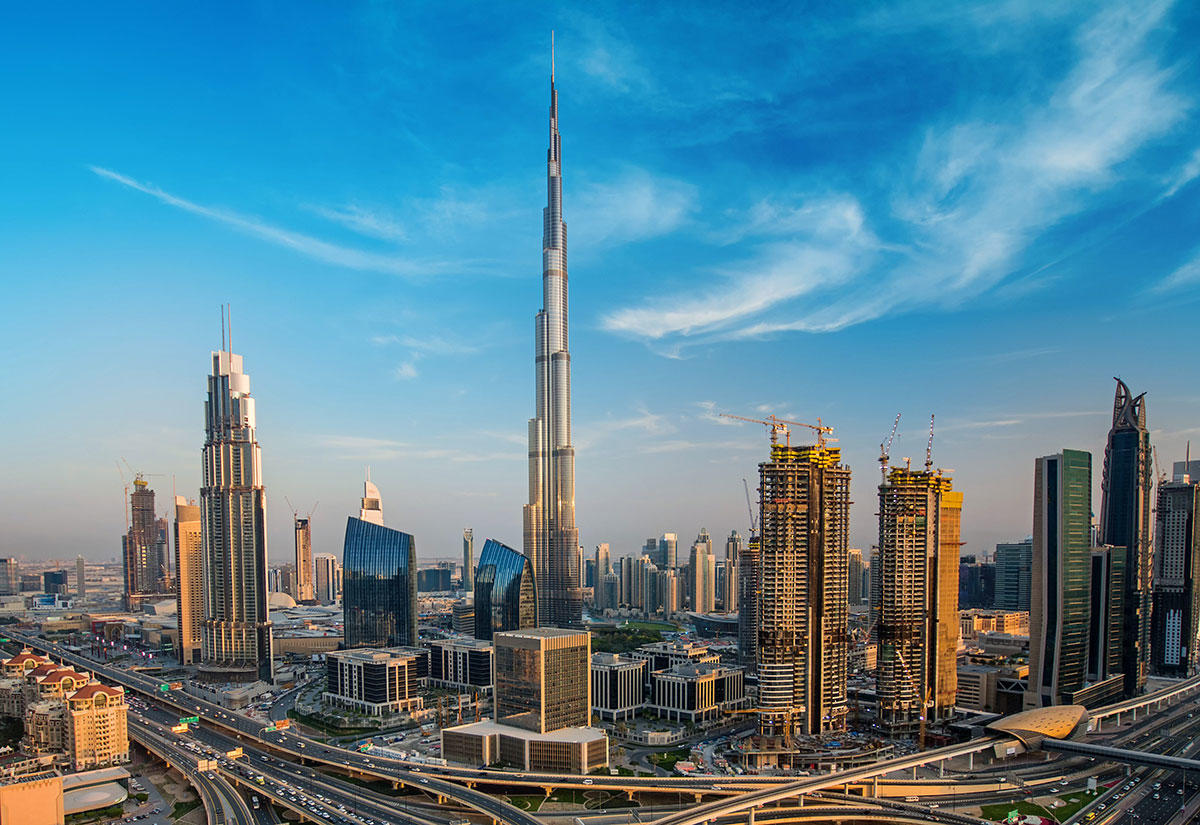 Businesses that will survive the impact of the pandemic over the coming months will soon have to start thinking of their next moves, Gargash believes

“We’ll try new ideas, new thoughts, concepts and industries that in the past I dismissed,” he explains. “Let’s imagine, for a second, potato farming. Potato farming has been proven to be a strategic source of nourishment. That’s a silly example, but understand, I’m obliged to become a more entrepreneurial business, and regardless of how ‘classic’ I’ve been in the past. I must investigate new avenues. I have the same eagerness to survive as a brand new start-up.”

Gargash is undoubtedly an optimist. Even while speaking about the challenges of the economy, he peppers his comments with reminders that, sooner or later, things will return to something resembling normality. As he puts it, the masks will fall off, and the glove won’t be a necessity – even if the “trauma” of the event stays with us.

Even widespread job losses, he says, will eventually lead to something better. “In the longer term, jobs will be replaced, rather than lost. We still [in the UAE] have an economy serving 10 million people, and a broader GCC economy with 50 million or so. Jobs will be created, possibly in new industries and in new roles.”

These new roles – which Gargash admits he isn’t sure what will be, exactly – will require many employees, from blue-collar workers to managers, re-skill themselves, or learn entire new professions. Although challenging, he is confident the region’s youth in particular will manage.

“This [trend] will disproportionally [benefit] young people,” he says. “They’re more adept and more able to align themselves with industry trends.”

These ‘new roles’ don’t just apply to employees. The pandemic, he believes, may ultimately change the UAE’s economy as a whole by encouraging more home-grown entrepreneurs to step up with fresh new ideas. 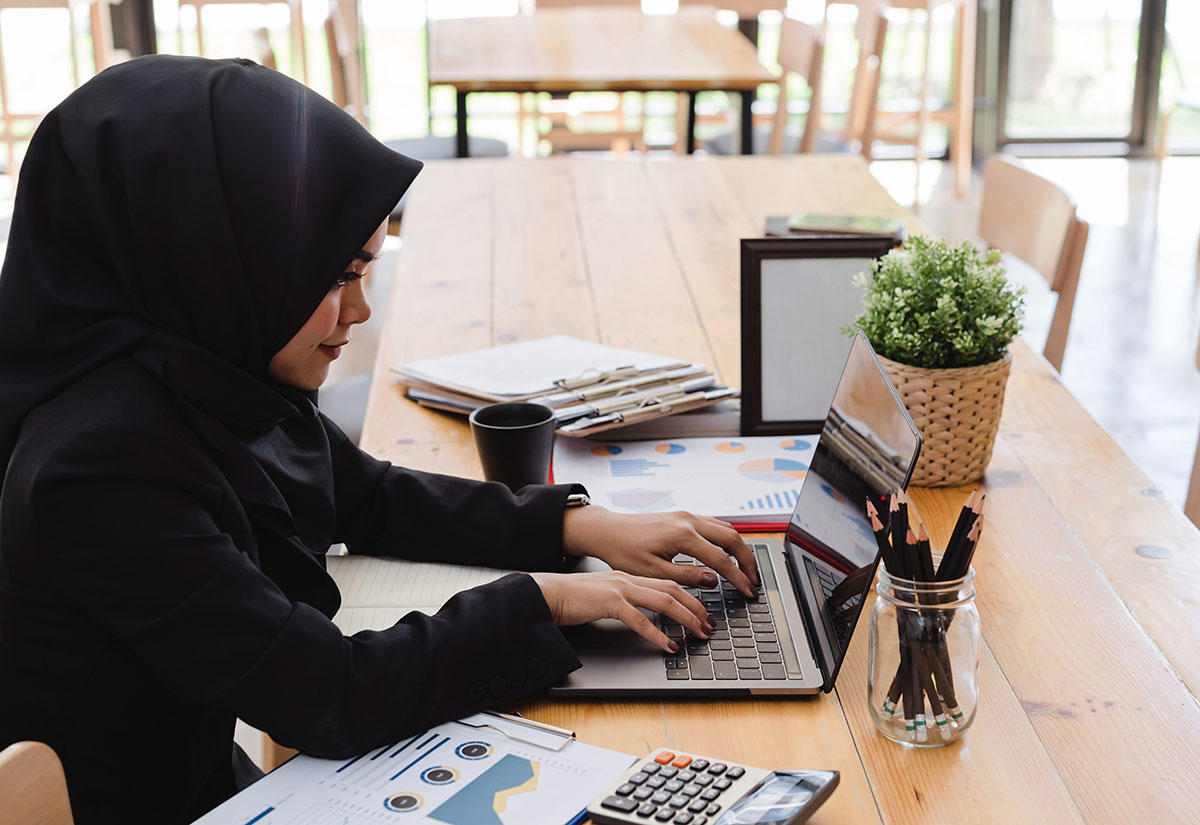 Young people could align themselves with industry trends, says Gargash

What we’ll see instead, Gargash hopes, is an opportunity for motivated entrepreneurs to try and forecast where the future is headed and where they can step in with an idea.

He adds, “It’s by no means an easy task. There’s still a lot of projection and reading into the future that is required.”

Once that’s done, he says, the UAE’s economy will be able to take off – as will he, on his next trip abroad. For Gargash, that day will be welcome news.

“I have a fear of losing my frequent flyer miles,” he laughs. “But that’s another story.”

When asked what advice he’s given to would-be UAE investors in the pandemic, Gargash responds without hesitation: “hold on to it and watch what happens.”

“Do not rush into investments today. I do not think there will be an imminent, overnight bounce back of growth and activity,” he says. “It’s going to come back, but it will be more deliberate.

“It’ll take more time. If I was an investor with AED1m, I’d hold back and watch and observe. I’d make a convinced decision before I take that plunge and go into one asset class.”

It is no secret that the pandemic has affected all sectors like never before. Perhaps, the exhibition and conference industry was one of the most affected, owning to…

The 179th Meeting of the Conference of the Organization of the Petroleum Exporting Countries (OPEC) was held via videoconference, on 06 June 2020, under the Chairmanship of its…