Dubai’s Department of Tourism and Commerce Marketing (Dubai Tourism) has unveiled a comprehensive list of vibrant events and activities featured in the Dubai Calendar for the first quarter of 2021.

The events, ranging from comedy nights, live entertainment shows, concerts, family activities, sports tournaments and more, will be held between January and March and are set to appeal to visitors and residents of all ages and backgrounds.

The scheduled events are set to further boost Dubai’s position on the global cultural map and reinforce its status as a must-visit destination.

Among the shows taking place at the Dubai Opera this January is the Kuwaiti play Bait Bu Sanad. The comedy play, to be held on 14 and 15 January, will be shedding light on the challenges that society poses on families.

French legend Enrico Macias is also set to perform at the Dubai Opera on 21 and 22 January. With his beautiful music and memorable performance, the singer and songwriter promises his audience a journey through space and time with a truly magical night.

The Dubai Opera will be offering guests the chance to see Giselle from 4- 6 February, one of the most celebrated and classical ballets.

Russian State Opera Bizet’s Carmen will hold a performance on 7 and 8 February 2021. With a powerful and dramatic production, the performance will transfer the audience to the 19th century Seville in Bizet’s most popular era.

Also coming to the Dubai Opera this year is Verdi’s Aida, which will be held on 9 and 10 February. Guests will be able to witness the land of the Pharaohs come to life as the outstanding performance fills them with emotions of power and victory.

Guests will also be able to enjoy a wonderful blend of oriental and classical melodies performed by Syrian maestro Iyad Rimawi when he returns to Dubai for a performance on 12 February at the Dubai Opera.

On 18 February, the Gipsy Kings by André Reyes returns to Dubai Opera for an evening of dancing and singing along to the rhythm of their audience’s favourites. The captivating show will include a blend of traditional flamenco styles with Western pop and Latin rhythms.

On 18 March, Dubai Opera will hold The Billy Joel Songbook show, which celebrates one of the finest singer songwriters of the 20th century – Billy Joel. The show will see Elio Pace and his talented band perform the biggest hits from Billy Joel’s career such as Piano Man and Uptown Girl. The one-night-only show has sold out during its international tours.

The Beatles tribute band The Bootleg Beatles will come together at Dubai Opera on 27 January to perform the band’s top hits. The show will feature iconic tracks from the 60’s and a live orchestral ensemble that will put on a night to remember for guests 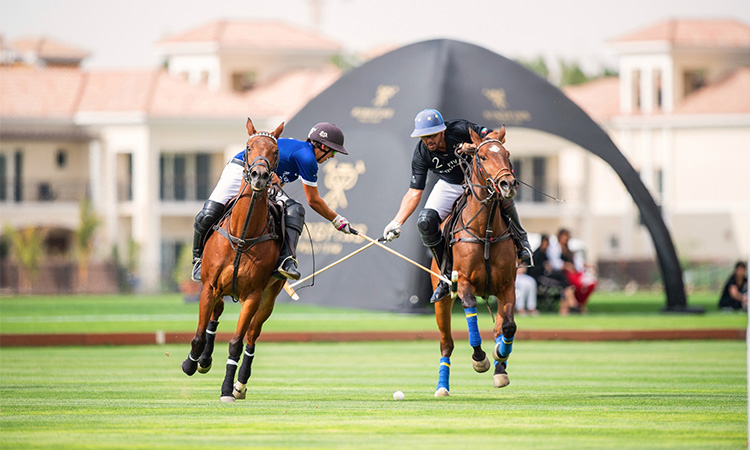 The public can take part in high-energy tournaments.

British comedian Jack Whitehall will bring his Stood Up world tour to Dubai World Trade Centre on 13 and 14 January. Most recently known for his multiple hit Netflix shows including Travels with My Father, Whitehall will perform a series of comedic anecdotes to keep the audience entertained for the night.

The latest season of the renowned The Laughter Factory Supersize Your Good Mood tour is being organised from 7 to 15 January at various venues in Dubai. The fresh line-up of comedians for this season include Ester Manito, Stephen Grant and John Fothergill.

A rising star with a very promising stand-up career, Rahul Dua is set to take the stage at Queen Elizabeth 2 Hotel on 5 February to present his show Laugh-A-Thon.

DJ Alan Walker will bring his live show to Dubai’s Coca-Cola Arena on 7 January. With more than 15 billion audio and video streams worldwide, and almost 40 million followers across social media, Alan Walker is leaving a lasting imprint on the global music scene

In a one-night-only performance, Atif Aslam, one of the most sought-after performers around the world, will hit the stage on the 15 January at the Dubai World Trade Centre.

Also performing live this season will be Lebanese star Najwa Karam and acclaimed singer-composer Majid Al Mohandis, who will be appearing in a concert at the Dubai World Trade Centre on 15 January.

Record-breaking and multi-award-winning artist Amr Diab will perform his chart-topping classics at the Dubai International Stadium on 22 January.

Breakout UK artist, singer and songwriter Calum Scott is set to deliver a performance at Dubai Opera on 20 January. The singer will be performing the top hits of his debut album Only Human.

International composer and Kamanche Master Mark Eliyahu will be performing for the first time on 8 January at the Dubai World Trade Centre. His show will include music blending deep traditions and ancient instruments from the past with modern sounds from the future. 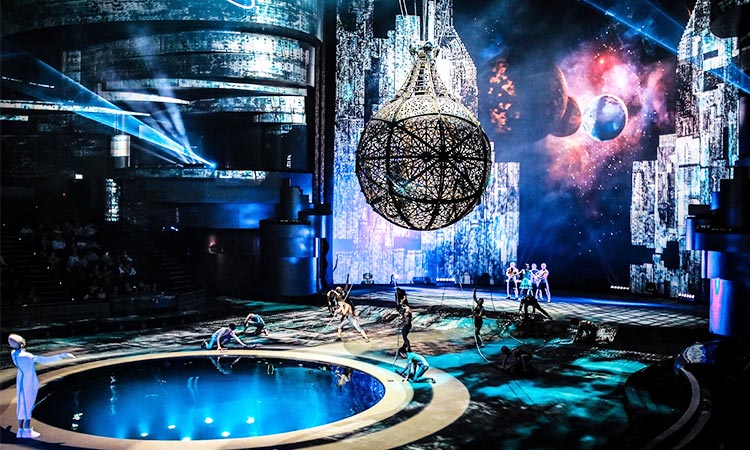 The events will be held between January and March.

The public can also take part in high-energy tournaments at the Dubai Polo Gold Cup Series from 14 February until 5 March. The prestigious event in Dubai’s sporting calendar is well anticipated every year, attracting some of the world’s leading polo players and high-profile audiences to enjoy world-class competition and entertainment.

The Desert Warrior Challenge will be returning on 19 February to test participants’ physical and mental strength in the midst of Al Marmoom Desert. The event will also see a new Desert Warrior crowned.

Also returning this February is the Super Sport Run Series with its dynamic races taking place at The Track, Meydan Golf.

Meanwhile, Golf fans will be able to enjoy the OMEGA Dubai Desert Classic once again this year. The event will see a plethora of the world’s greatest players returning to Emirates Golf Club from 28 to 31 January.

With the return of annual Emirates Airline Festival of Literature from 29  January until 13 February, book lovers can attend insightful sessions, debates and workshops hosted by world-renowned authors and be inspired by literary heroes.

Art Dubai 2021, the Middle East’s leading international art fair, is set to take place from 17-20 March. The art fair will feature an array of thought-provoking exhibitions and activities held across the city to celebrate the UAE’s 50th anniversary.

Food lovers can look forward to the Dubai Food Festival, which is being organised from 25 February until 13 March. The festival allows visitors to experience fine dining, hidden gems, home grown restaurant concepts and global brands. The public can even take part in guided food tours, cooking masterclasses and themed feasts.

Organised from the 9-13 March at Dubai Harbour, the Dubai International Boat Show is set to showcase luxury superyachts and leisure crafts from around the world, with some estimated at Dhs2.6 billion.

La Perle, Dubai’s first permanent show, will continue to stage its vibrant show, featuring a fusion of breathtaking acrobatics and state-of-the-art technology. Located in the heart of Al Habtoor City, La Perle stages an impressive 450 performances a year with 270-degree seating to provide a different perspective of the action.

Tickets for the events can also be bought quickly and securely through Dubai Calendar’s website and the mobile application’s purchasing platform.

CE-Ventures, the venture capital platform of UAE-based Crescent Enterprises, has already invested AED 500 million in start-ups Over AED 3.6 billion of follow-on funding raised to date by…

Dubai to begin inoculations with Pfizer-BioNTech vaccine from Wednesday

Dubai will start inoculating people with the COVID-19 vaccine produced by Pfizer and BioNTech for free from Wednesday, the government said, joining Saudi Arabia which last week became…